A headteacher revealed he was gay to his students in a virtual assembly on the first day part of LGBT+ History month. Headmaster Nicholas Hewlett made the brave decision to be open with students and tell them he is a happily married, gay man.

It is thought to be the first time a head teacher has come out in front of his pupils and staff. He said he was inspired to do so after being impressed with a student's courage in discussing their own sexuality which left him feeling determined to be honest about his marriage to husband Alberic Elsom, as the ‘Evening Standard’ reports.

Hewlett, 41, headmaster of the St Dunstan’s College in Catford, southeast London, said he was nervous before this morning’s announcement but received many “wonderful messages of support”.

“15 years ago, I was told by a senior colleague in the independent school I was then working in that, as an openly gay man, it would be virtually impossible for me to become a headmaster”, he said.

“The reality that role-models really do matter and can have a material impact on the mental wellbeing of young people. For children, being educated by a diversity of adults who represent differing race, gender, sexuality and background, helps identities to settle and grow.

“Furthermore, I believe we are duty-bound to stop the pervasive view that white, heterosexual men are in some way inherently advantaged in assuming positions of responsibility and leadership.” 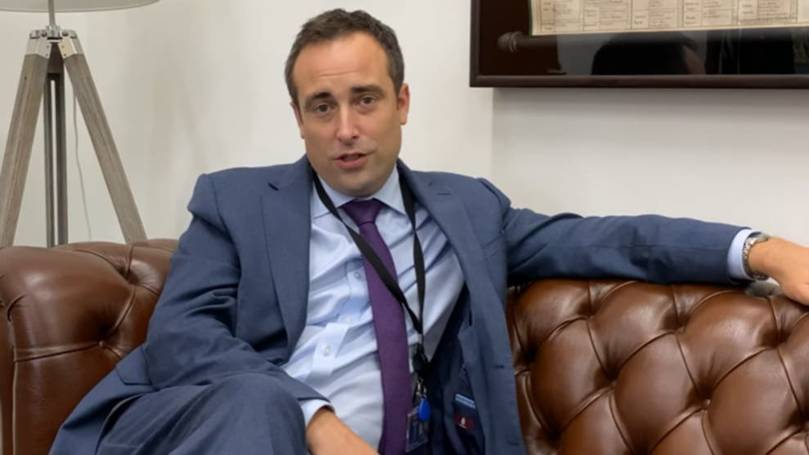 In the assembly, he spoke about a former St Dunstan’s pupil and staff member, Martin Preston, who was publicly outed in 1981. “Pupils rallied around their teacher; they had letters published in his support, going against cultural norms, and showed great humanity, respect and dignity, and in apparent direct contradiction to the views of the Headmaster of that time, who apparently took a very different view,” he explained.

Parents said they were brought to tears after they saw the assembly posted online. One wrote: “I watched your assembly video earlier and it brought tears to my eyes. I am so pleased and proud that my son is part of this wonderful St Dunstan’s community. What you are doing here is so important. Thank you!”

Speaking about his decision, Mr Hewlett said: “If by standing up and ‘coming out’ to my pupils, it helps one young person be more comfortable in their own skin, more empowered to be themselves, and further engenders a culture of respect, inclusion, and the championing of individuality, surely it is an act worth doing?”

The Department for Education said: “We trust teachers and school leaders to make decisions about what's appropriate to discuss with pupils.

“By the end of secondary education, all pupils should receive teaching on LGBT [lesbian, gay, bisexual and transgender] relationships. Schools are free to determine how they do this.”

Gay Teacher Fired After Being Outed To Archbishop