Trans rights campaigners are staging a hunger strike in Madrid over a new law in Spain that would grant individuals the ability to self-determine their gender without a doctor’s diagnosis.

Prime Minister Pedro Sánchez, leader of the country’s majority socialist government, has been accused of blocking legislation to allow trans people to declare their own gender without a diagnosis of gender dysphoria – a proposal put forward by the country’s minority left-wing government, United We Can.

Spain’s deputy prime minister Carmen Calvo has criticised the legislation, claiming that allowing self-determination without a medical diagnosis would threaten the rights of cis women.

Last week, over 70 campaigners collected at the Congress of Deputies building in Madrid to begin the hunger strike and demand that the legislation be enacted.

As ‘Vice’ reports, the protesters displayed trans flags, as well as signs that read “huelga de hambre,” translating to “hunger strike”, with a number denoting the days they had gone without food. 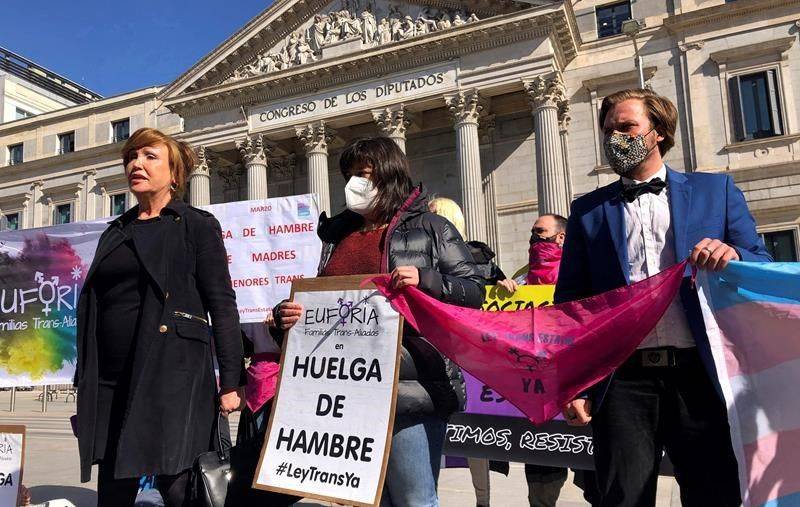 Trans rights groups in other European countries have also battled for legislation that allows for self-determination. In 2020, the UK government dismissed a consultation over the Gender Recognition Act that would have made it easier for trans people to self-identify, despite the majority of respondents supporting the proposals.

In a video posted on Twitter, Mar Cambrollé, a member of the activist group Performa Trans, said: “We’re very clear about what we want. Self-determination with conditions on it isn’t self-determination.”

Spain Plans to Help Trans Citizens in a Big Way