A group representing 3,500 churches in the UK has written to Boris Johnson, urging him not to ban all kinds of LGBT+ conversion therapy.

The Evangelical Alliance told the PM they believe it is “essential that those who experience same sex attraction are free to pursue and receive support to help live in accordance with their beliefs”. 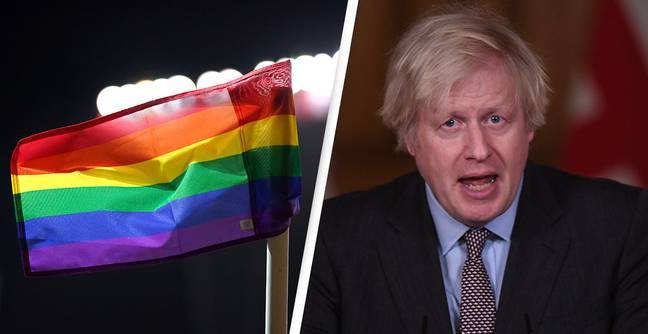 It goes on to claim that a total ban could lead to ministry leaders being put “at risk of arrest for encouraging young people to maintain chastity until marriage”.

The group condemned the part the church previously played in “perpetuating stigma, discrimination and harm towards people because of their sexuality”, adding that it is against abusive practices that are already illegal in the UK, such as electro-shock treatment and “corrective rape”.

However, as ‘Unilad’ reports,  the Alliance says the government’s failure to define what exactly constitutes conversion therapy leaves them fearing it could “criminalise a member of the church who prays for another member when they ask for prayer to resist temptation”, adding that churchgoers should be allowed to seek help with their own consent.

It’s important to note that many churches do not share this view, and in December 2020, more than 370 religious leaders called for a global ban on the cruel and outdated practices.

Johnson has repeatedly announced plans to ban the practice, which he has described as “absolutely abhorrent” and something that “has no place in this country”.

However, just last week campaigners accused the government of not acting fast enough on the issue, after more than 250,000 people signed a petition.

Stonewall Chief Executive Nancy Kelly said in an interview that it was “very disappointing to have so little movement from the government, with no clear pathway to a ban or timescale for implementation”.

The idea of a ban was first brought to parliament by Theresa May in 2018, meaning the government has had almost three years to act.

“With every day that passes, there is another person at risk at being subject to this degrading treatment and we risk losing even more lives of people who feel there is no other way out,” Conservative MP Elliot Colburn said.

Many MPs from across the political spectrum are calling on Johnson’s cabinet to act now.