The European Union are considering legal action against Poland over the country’s LGBT-free zones’. 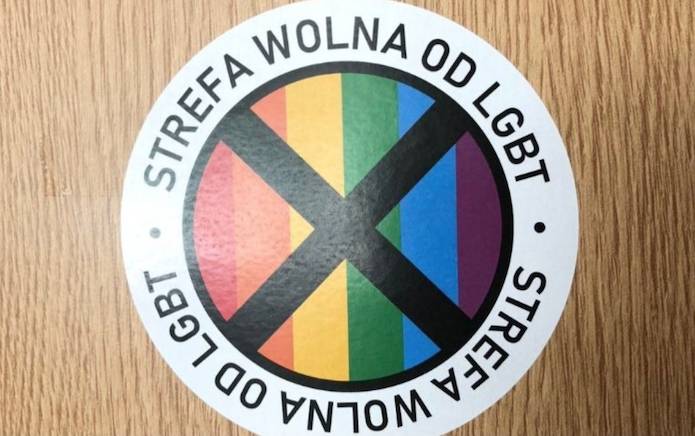 According to Reuters, one EU official said “we are checking to see if there is a violation of EU treaties” in the zones and that the process hasn’t been completed, while another confirmed the Brussels-based executive is also investigating the issue.

Bloomberg Equality also said “four people familiar with the matter” – who preferred to remain anonymous – confirmed the EU is in fact working on “potential legal action”.

When asked to comment, a Polish government spokesperson said: “There are no laws in Poland that would discriminate against people based on their sexual orientation.”

As ‘Gay Times’ write, the legal action, known as an infringement procedure, would see the EU challenge Poland to eliminate the zones and correct the issue. If Poland don’t comply, the EU can take the case to the European Court of Justice and the country may face a fine.

The “LGBT-free” zones came to fruition after the country’s ruling Law and Justice Party inspired several towns in Poland to be free from “LGBT ideology” – putting vulnerable LGBT+ citizens at risk of discrimination, prejudice and violence.

Fifty countries from around the world subsequently signed an open letter in protest, calling for Poland to “protect all citizens from violence and discrimination and to ensure they enjoy equal opportunities.”

President Joe Biden also quote-tweeted an article from ABC News, in which Ursula von der Leyen – the new head of the European commission – criticised Poland’s ruling party for their anti-LGBT+ approach to policy and human rights.

“Let me be clear: LGBTQ+ rights are human rights — and “LGBT-free zones” have no place in the European Union or anywhere in the world,” he wrote.

In their new measure, they declared: “LGBTIQ persons everywhere in the EU should enjoy the freedom to live and publicly show their sexual orientation and gender identity without fear of intolerance, discrimination or persecution.”

After declaring themselves an “LGBT-free zone”, several towns and regions in Poland lost millions in funding from EU grants.