Marvel executives allegedly canceled a New Warriors television series due to it being “too gay.”

According to a report from Gizmodo, the TV show was greenlit by the Disney-owned network Freeform back in 2017.

Although the episode received positive reviews from test audiences, the network cancelled the show due to scheduling conflicts.

On Wednesday, 8 September, Kevin Beigel – the show-runner for the shelved series – debunked those rumors and dished the real reason why New Warriors wasn’t picked up, as Gay Times reports. 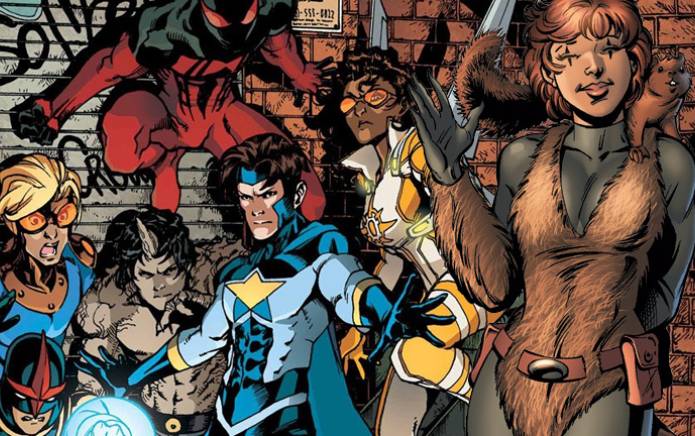 In a series of now-deleted tweets, Beigel wrote: “There’s a show we wrote a few years ago. It was very proudly gay. A singular power that be killed the show.

“Because it was too gay. A rich, straight Brentwood turd. He got fired for being vile at his company. We, on the other hand, live. #NewWarriors.”

The creative also shared behind the scenes photos of Vayntrub in her Squirrel Girl costume, cast photos, and even a script from a character who described themselves as “Black. Queer. Powered.”

“I have nights where I can’t fall asleep because I get so mad we couldn’t have characters say stuff like this,” he tweeted.

The following day, Beigel’s tweets were deleted, but not before Marvel fans began speculating that former Marvel executive Jeph Loeb was the “power that be” responsible.

Back in 2020, Leob was accused of displaying racist behavior on the set of Netflix’s Iron Fist series.

However, the Courgar Town creator clarified his initial statement by denying Leob’s involvement in the decision making process.

She told Variety: “It takes time, we have so many stories that we can tell.

“We will empower those that are. We’re not changing anything. We’re just showing the world who these people are, who these characters are… There’s a lot that we have coming up that I think will be representative of the world of today.

“We’re not going to nail it in the first movie or the second movie or third movie, or the first show or second show, but we will do our best to consistently try to represent.”

So far, the only LGBTQ+ superhero in the MCU is Tom Hiddleston’s beloved Asgardian trickster, Loki.

Tessa Thompson’s Valkyrie from Thor: Ragnarok would’ve made history as the first, but a scene confirming her bisexuality was, for some reason, edited out of the film.

Valkyrie’s queerness will be further explored, however, in Thor: Love and Thunder (2022). During Marvel’s Hall H panel at Comic-Con, Thompson said her character – who Thor crowned the new king of Asgard – will “need to find her queen.”

The highly-anticipated Zoe Chao-directed Eternals (2021) will also introduce a character called Phastos, played by Brian Tyree Henry, who will be the first superhero to be depicted as gay in a Marvel film.

Robin Comes Out As Bisexual In New Batman Comic